This flagstone floor was installed in a farmhouse in Caerleon near NewPort, it was actually the original floor dating back to 18th century and had been lifted up by the previous owners and re-laid with underfloor heating and a damp proof membrane, this was good news for me as so often with these old floors you can get damp issues rising up through the stone and consequently it can take a long time to dry out following a deep clean. 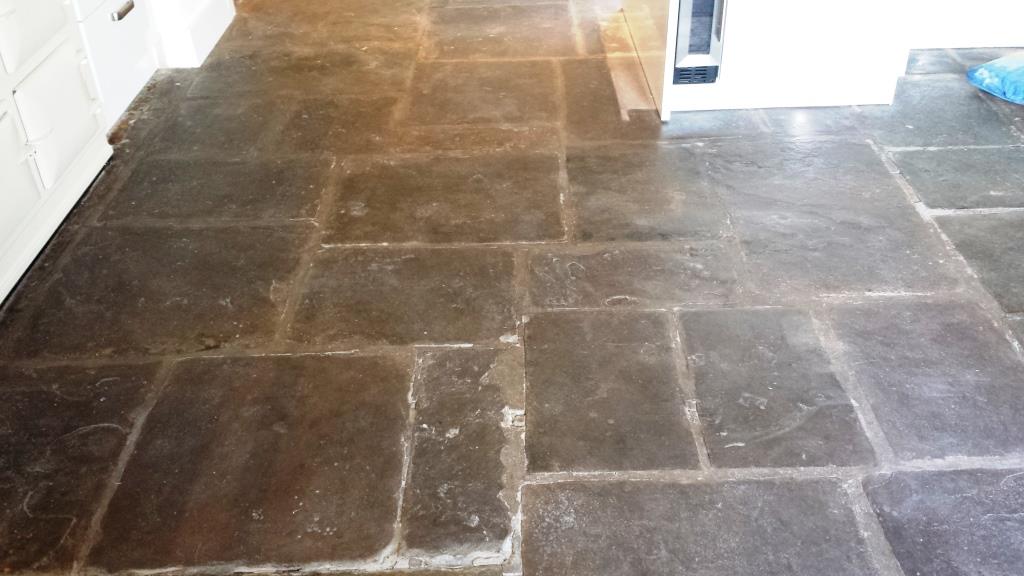 I stripped the sealer off with Tile Doctor HBU (Heavy Build-Up Remover) Ultra-Clean mixed 50/50 mixed with Tile Doctor Pro-Clean to double the cleaning and stripping power and also to thin the HBU out. The old sealer had been applied two years prior when then the floor was re-laid as part of a renovation due to the farm house going on the market for the sale, it had worn through in the heavy traffic areas letting in dirt and now needed to be replaced.

To work the cleaning solution into the floor I used a scrubbing machine with a stiff brush attached cleaning and rinsing as I renovated, the old sealer proved quite tough to shift in some areas so the process had to be repeated until I was satisfied all the old sealer and dirt had been removed.

A lot of the cement joints had broken down which I repointed with fast setting Mapei floor grout colour matched to the original. One small piece of stone had to be replaced by the kitchen unit for which I managed to source a slab from B&Q after a hunt around from various outlets to match the original as best as possible. 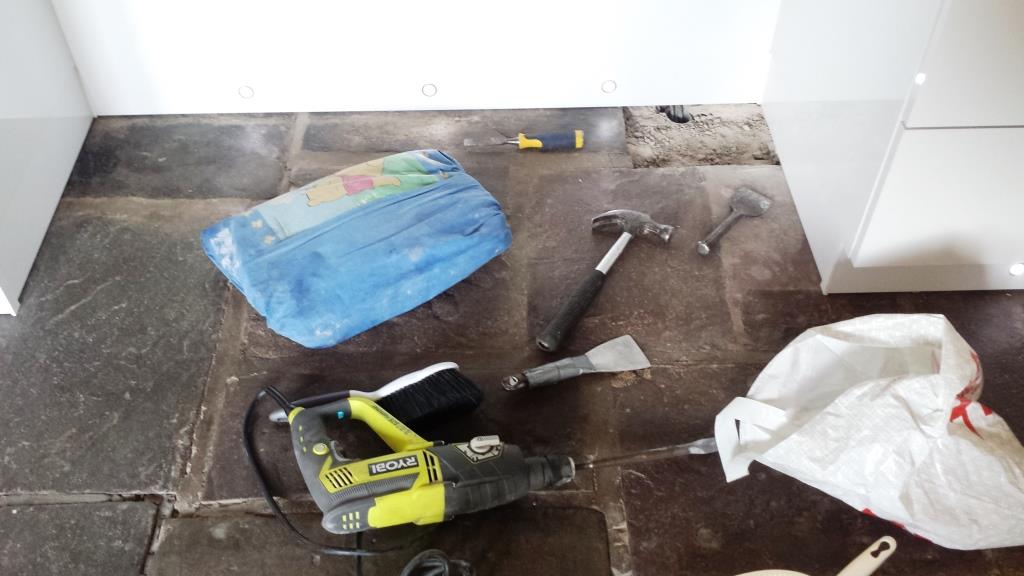 I left the floor to dry out for two days checking later with a damp meter to ensure it was completely dry before sealing.

The customer wanted a satin finish as previously sealed so I applied three coats of Tile Doctor Seal & Go which gave the stone floor a nice mild shine and being water based didn’t leave smell whilst it dried. 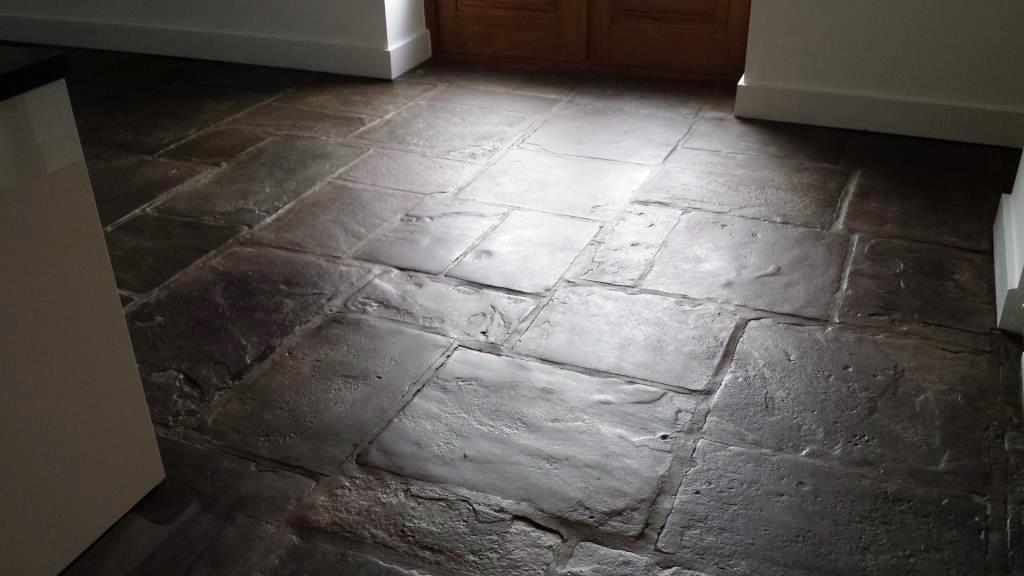